Films are offered to the public at the price of a meal. As we sit in the dark and take in kernels of popcorn, we also digest the films we’ve come to see. They pour in through our senses, are metabolized by our minds and carried by whatever consciousness we may have to associate – with other visual and audio memories, prior knowledge and in many, many inner meeting halls with other versions of ourselves. If a film sits with us and we sit with it, this kind of digestion can cause our experience of it and everything connected to it to rise high within, rather than foul without.

After sitting through Marvel Studio’s 13th hit Doctor Strange, I had the lingering sensation of the above process. I’m on my weekend from graduate school – not toward a medical degree but for a masters in education, and it so happened that in the middle of preparing a lesson plan for high schoolers on Western interpretations of ‘the East’ I happened to sit with this film. I didn’t need the quantum mechanical/metaphysical explanations by Tilda Swinton’s Ancient One character through some astral trip to bridge entertainment and education – a sequence of graphic awe in DS that worked against the lines she was imparting to Benedict Cumberbatch’s broken doctor. By chance this Marvel film fit in nicely with a lot of the material I’ve been reviewing about Orientalism since the 18th century. Doctor Strange‘s new depictions of old ideas (Leonard Cohen, R.I.P.) are no exception to the fascination with and misunderstanding of civilizations and cultures not originating from Greece and Mesopotamia. As I left the theater, there was a lot of chatter between the new and the old but not much agreed – which often happens with generation gaps…

What set me going enough to write this was re-watching a similar film in aspect from 1994: The Shadow. Based on the 1930s radio show/pulp by Walter B. Gibson, it stars Alec Baldwin as Lamont Cranston, a wayward son of NYC’s elite who after the First World War apparently goes rogue to become an opium warlord in ‘Tibet.’ He is then taken under the wing of a tulku, a teacher of a lineage of ‘Tibetan Buddhism,’ who helps him develop the ability to “cloud men’s minds” through ‘concentration’ – to become invisible to them. This helps him to curb the darker side of his nature, which he can never hide (hence, The Shadow) and so Cranston returns to the West, reformed and gifted by ‘the East.’ He helps people and they help him in return, and soon there is a large network of eyes and ears throughout the city. This aids him crucially in his fight against the last descendent of Genghis Khan who just arrived in New York via a silver sarcophagus sent to the Natural History Museum. He’s another student of the tulku (whom was killed by Khan for his living knife) and is on the lookout for a proto-atomic bomb so that he might fulfill the world conquest of his namesake! Interested!? The Shadow was not a summer blockbuster upon its release and has been receiving poor reviews ever since.

Unlike in success, these two films share a likeness of origin stories. It’s not only that each of the lead characters are persons of privilege at the end of their ropes; each of them are these people out-of-place in a geographical and/or existential unknown, ‘the East’ being not the West and they not being themselves: or, becoming someone else. Before Cranston is taken in by his tulku he’s like Kurtz in Conrad’s Heart of Darkness (I should say Coppola’s Apocalypse Now but I’m studying to be an ELA teacher). He’s “gone native” whereas Strange is a desperate tourist only partly aware of why he’s there, a little more like Marlow of HoD. Each are a vulgarity to the cultures they find themselves in because they do not belong and take the native people as stereotypical (unlearned, backwards, provincial, etc.). Then an intervention occurs: each encounters the figure of a wisdom teacher, from which both are reluctant to learn. After a time, each proves an excellent student of their respective schools of “ancient arts.” When both return to the West, each face a counterforce which endangers the fabric of their world(s) who in some aspect are eerily similar to their former selves. This is made explicit visually in a disturbing dream with Cranston and Khan in The Shadow and in dialogue between Kaecilius and Strange in Doctor Strange. These forces/faces are eventually defeated and their new selves remain, mastered.

What both The Shadow and Doctor Strange share most deeply is the twisted heritage of popular culture appropriating the realities of traditions, ways of knowledge and religions to create the allure of Orientalism, the sense of a “mystical” or “exotic” Other,  for (in today’s terms) capitalist profit. Edward Said’s study of this ongoing phenomenon is essential reading on its history. The Shadow failed to make loads of money but in its depiction of an “actual” lineage (with the crude liberties of the living knife and whatever ‘concentration’ is meant to signify – deep states of meditation?) is less offensive than the idealized fireworks magic of the Ancient One in Kamar-Taj (Read: Shambhala). The announcement of Swinton’s casting caused a stir of Hollywood whitewashing articles back in the spring, most which never called out Marvel’s real reason for not casting the Ancient One as Tibetan – the likely large loss of profits in the Chinese market. However, the film and script as it stands conceals a very old myth and key piece of Western interpretation of ‘the East’ that is significant in Swinton’s casting as a Celtic sage.

When the counter-cultural movement of the ’60s received the creation of Steve Ditko’s character Doctor Strange, Europe and America responded to him because it was yearning to regain something they thought lost in the current ideologies, religions and social mores of their civilization. They wanted to reach back to a “source,” the origin of a kind of animating quality, as people in periods before had searched for during social disorder, governmental strife and economic ruin. Cranston and Strange are representatives of that yearning for some kind of authentic self that, so the story goes, we lost long ago. This story is always being told. And with Swinton cast as a Celtic and without age, it seems a glaring reference to the particular myth of some kind of original, perfect state  – call it Albion, as Blake did – that generations of Westerners have attempted to symbolically reorient themselves back toward: be it from revivals of Druidism/Wicca in the late 19th century (the Golden Order, the Theosophical Society, etc.) to Zen, Vipassana, TM, yoga and “mindfulness” today.

Whether a Golden Age lived in the past of Western cultures or Asitatic ones and we are to find ourselves there again, Doctor Strange comes from a well-known land: Hollywood. And since it is a Marvel Studios production, I waited after the lights went up in my local theater for one last, little scene. If you missed out, it shows Karl Mordo paying a visit to Pangborn (played by Benjamin Bratt), the character who tipped Strange off about Kamar-Taj. Mordo uses his power to take back Pangborn’s ability to walk because P. was accessing a different dimensional energy than Earth’s and therefore, breaking a natural law. Mordo, especially in being played by black British actor Chiwetel Ejiofor, could be saying in the final line of the film (“Too many sorcerers”) that the abuse of authentic traditions and vestiges of culture in the West by those who craft stories about ‘the East’ for profit needs to end. This would be giving Doctor Strange the secretly self-critical credit that at least a few reviewers gave to Jurassic World, which in my opinion was far too generous. But perhaps the West does need to swallow this truth before taking the next cinematic pill to entertain the brief illusion that our unquenchable thirst for disrespectful myth-nodding stories has been slaked.

Poet-educator currently residing in the Village of Catskill, NY View all posts by G.D. Burns 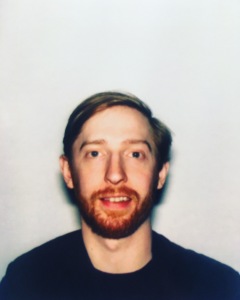